I just flew in from Cocoa Beach late last night, where I spent the week for the Slater Invitational 2009 as one of the event sponsors. One of the many highlights of the week was getting to finally see the long awaited new Taylor Steele film, The Drifter featuring one of my favorite surf icons, Rob Machado.

The movie was everything I had hoped for and more. It gave a vulnerable insight into Rob’s inner mind and showed a behind the scenes glimpse into his escape from civilization. Not only does this film include some of the most perfect barreling waves that you’d expect from Steele and Machado, but this docu-drama truly captivates. 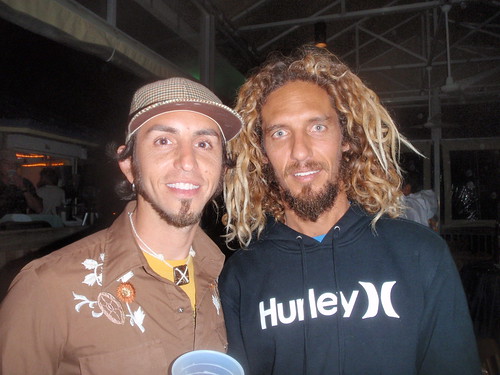 After the film, I had a chance to chat with Taylor and Rob, which as a surf artist and fan, was quite an honor in itself. More than a handful of Steele’s films have boosted my inspiration before or during a painting session and the lines that Rob draws on the face of a wave is art itself.  Taylor was telling me how he and Rob opted to break new ground with this film, by recruiting local ‘actors’ and doing re-enactments straight from Rob’s journals.  One of their goals was to do things they’ve each never done before in a film.  I can attest, that Steele met this goal brilliantly. 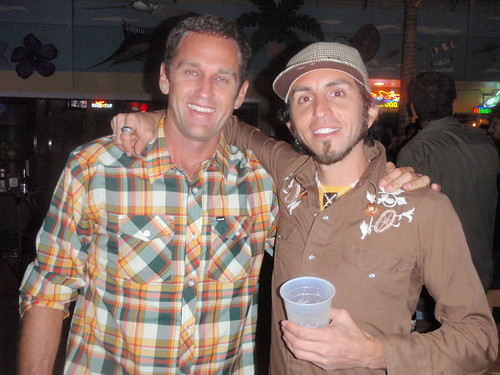 Coincidentally their east coast tour is crossing paths with us again on Thursday, November 12th, 2009 at 7PM, where The Drifter will be premiering in the town where I learned to surf, Manasquan, New Jersey at The Algonquin Theatre.

As a bonus, Rob and Jon Swift will be performing an acoustic set of tunes after the film.

I look forward to catching up again with the guys and getting to see the film once again, I encourage you all to come out for it and join us.